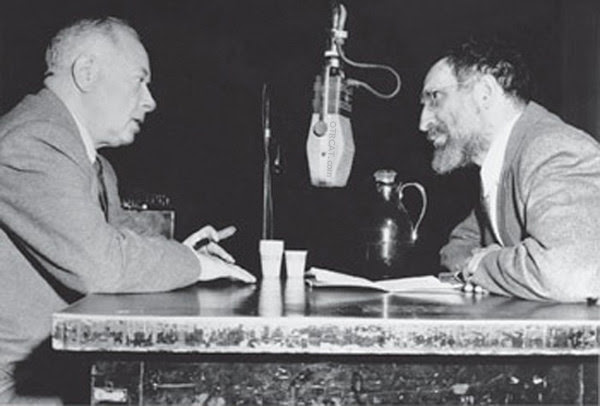 "Nobody is expected to do what it is impossible for them to do..."

64 Years Ago today in Radio History:  In this December 3, 1950 broadcast of The Eternal Light, "Thou Shalt Teach Them Diligently" is the 1872 story of teacher, Julia Richman who was 17 years old when she began.  She taught autistic "retarded" children in a way that better suited to them. She went to be appointed as the youngest principal in New York City for 19 years.  She was later appointed the first woman superintendent.


Julia taught that "children and adults need to respect themselves and each other" when the mother of a fellow student shames autistic Amy.  Despite obstacles, Julia taught alternative methods of instruction for arithmetic by sewing with autistic students.

"The world rests on the breath of  the children in the school yard..."

Sponsored by the Jewish Theological Seminary: Edward Kronsberg talks about the Jewish community in Charleston, South Carolina's bicentennial -- one of the oldest Jewish Communities in America.