Showing posts with the label Barbara Jean Wong
Show all

Christmas Radio Serials for Children: Cinnamon Bear, Jump Jump and the Ice Queen, & Jonathan Thomas and His Christmas on the Moon 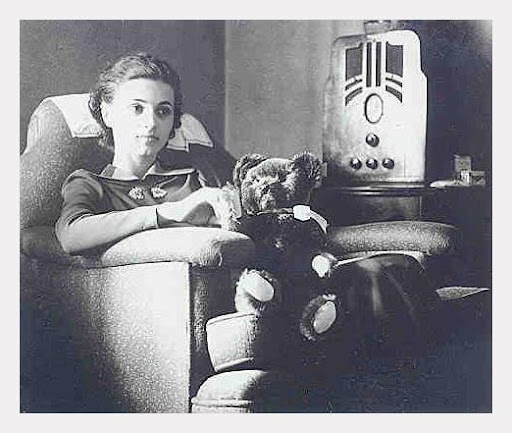 Serial stories were always a great way to attract the kids to sit still in front of the radio on a regular basis. A 'cliff-hanger' ending to each episode, compelling characters, and a fun story were enough to bring the kids back every afternoon for shows like Jerry of the Circus , and Magic Island . The syndicated serials followed a pretty standard formula; there would be plenty of long musical interludes over which a local broadcaster could place advertising into the fifteen minute episodes. Of course, in the period between Thanksgiving and Christmas there is a the added anticipation of waiting for Santa Claus and the magic of the holiday! The earliest and most loved of the Christmas serials is The Cinnamon Bear , first broadcast in 1937. The program was produced in Hollywood for TransCo, with a high-powered radio cast featuring Barbara Jean Wong , Gale Gordon , and Joseph Kearns. Local sponsors in several markets made The Cinnamon Bear a Christmas tradition, especially
Post a Comment
Read more
More posts