Showing posts with the label WWII
Show all

By Pete July 09, 2013
lona Massey was born in Budapest in 1910, while it was still part of the Austro-Hungarian Empire. Trained as an opera singer, she worked as a dress maker and theater singer to save money for the trip to Vienna where she joined an Opera Company. Eventually she landed a screen test in London and was offered a Hollywood contract. She appeared in a couple Nelson Eddy operettas, and was billed as "the new Dietrich ." Her acting talent was not quite strong enough, and her soprano voice too light to live up to the hype. She would be called upon to play the alluring sophisticated beauty in Thriller pictures. Notable are  Frankenstein Meets the Wolfman  (1943) with Lon Chaney Jr. and  Love Happy  (1949) with the Marx Brothers. Ilona's character in  Love Happy , the spy Madame Egelichi, was the inspiration for the  Steve Canyon  comic character Madame Lynx.  Steve Canyon   artist Milton Caniff went so far as to hire Massey to model for him. Madame Egelichi/Madame Lynx may
Post a Comment
Read more 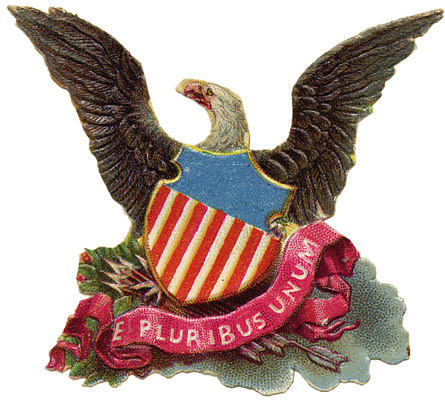 Enjoy this amazing old time radio program for  Memorial Day :  This experimental old time radio episode follows US troops occupying France and their philosophical and petty rambling pondering their role in the world. Columbia Workshop's "Brewsie and Willie" from Oct 12, 1946 was written by Gertrude Stein:
Post a Comment
Read more

The USNS Bob Hope (T-AKR-300) is the lead ship in her class of Maritime Preposition Ship. The Maritime Prepositioning Ships carry enough ammunition and equipment to support an Marine Task Force for 30 days, allowing for the rapid deployment of men, knowing that their equipment will meet them in theater within days of call up. It is one of the few vessels in the Navy inventory which went against long standing Naval tradition to be named for a person who was living at the time of commissioning. This is all the more appropriate when you consider that Bob Hope's first war-time performance was at sea. Hope was on board the RMS Queen Mary in September 1939 when Germany invaded Poland, beginning WWII. In order to help calm the panicking passengers, hope volunteered to give a special performance, singing "Thanks for the Memory" with rewritten lyrics. Bob Hope would be best known for his work to entertain the troops. John Steinbeck, who was a War Correspondent during the War,
1 comment
Read more

Christmas With Bob Hope and the Troops

Bob Hope is best known for his Bob Hope Christmas Shows for the Troops. His first War-time show was aboard the RMS Queen Mary when Germany invaded Poland in 1939. Hope spoke to the captain and offered to put on a special performance to help calm the nervous passengers. The 1939 Christmas Radio Show of the Pepsodent Show is one of the few Bob Hope Christmas Shows that doesn't revolve around entertaining the troops. (Which is too bad, the program, which features a long skit of Bob opening a toy factory for Christmas, is filled with way more suggestive innuendo than you would expect a radio show to get away with! The troops would have loved it!) Bob gave his first USO show at March Field in May of 1941. During the war he traveled extensively to entertain the troops where ever he could, making many appearances on AFRS programs like Command Performance and GI Journal , and making live appearances whenever and where ever high could. He seemed to take special pleasure in being ov
Post a Comment
Read more
More posts