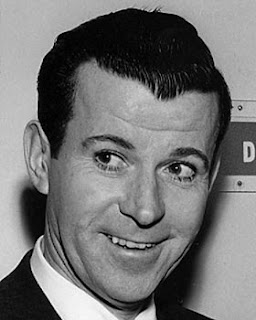 Young Dennis Day was Jack Benny 's tenor from his radio premier in 1939 until the end of The Jack Benny Program on both Radio and Television. During the 1964-65 TV season, Jack kept delivering lines like "That crazy kid drives me nuts..." Baker was 47 at the time. Dennis Day  as a bright-eyed if somewhat scatter-brained young man was a hard type-cast to shake. Even Suspense! , which was known for casting comedians in horror , took advantage of the fresh-faced persona. In "Christmas for Carol",  Day  lays a young husband who is in a desperate situation. He learns that his wife will require bed rest and a nurse's care for the remainder of her pregnancy. He knows that his small salary from the bank won't cover it. He does learn that an older couple has withdrawn their life's savings that day, but how can that help him? Through some unsavory contacts he passes the information to a local hoodlum. Soon he is in over his head, and having a crisis
Post a Comment
Read more
More posts