Showing posts with the label passing parade
Show all 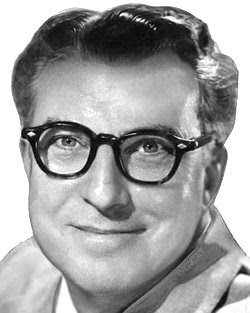 A listener writes in looking to find an episode of John Nesbitt's Passing Parade which he heard around 1950 on the radio - probably a filler on a Sunday concert program. It concerned a counterfeiter in Spain who briefly lifted the Depression in Spain.  He bought a bank and forged an order to print a new issue of Spanish currency by the British printer who always printed it. With new money he made loans to the locals which revived the economy.  He retired the new issue currency as he received deposits of legal currency.  As prosperity flowed out from his community a sharp eyed banker in another city noticed that some currency in circulation had never been authorized and was thus illegal.  An investigation found him out, closed his bank, declared the money counterfeit, and plunged Spain back into Depression.  The banker was subsequently consulted on finance in his jail cell for his brilliance in finance. The story has stuck in my mind these 60+ years and has great rele
Post a Comment
Read more
More posts