Showing posts with the label CBS talent raids
Show all

Fred Allen and his Friendly Feud with Jack Benny 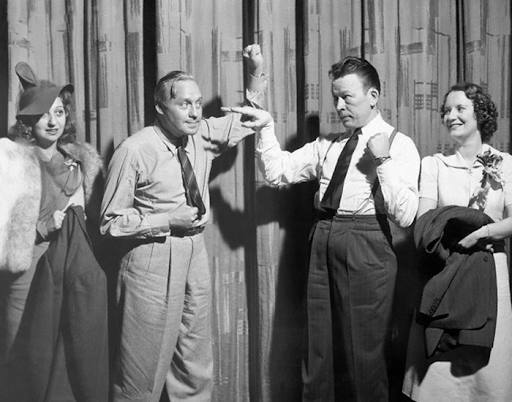 It is impossible to chronicle the birth of the Fred Allen-Jack Benny radio feud without going into the life and background of Fred Allen . At the age of fourteen, Fred Allen opened a book that would forever change the course of his life . Working as a stock clerk at the Boston Public Library, he picked up a book on the subject of humor. Not only did this literary work put him on the path of comedy, it also sparked a passion that culminated in a book collection. By the time of his death, Fred Allen’s personal library contained thousands of volumes written on the subject of comedy. Beginning his career in vaudeville, Allen soon learned that his comedic skills greatly outweighed his juggling ability and he decided to use the juggling act as an anchor for his comedy. He also appeared in a few short films, before getting his break on radio. At the age of thirty-eight, Fred Allen landed a job, as host of  The Linit Bath Club Revue . The show premiered on October 23, 1932 on the Co
Post a Comment
Read more
More posts