Showing posts with the label Box 13
Show all 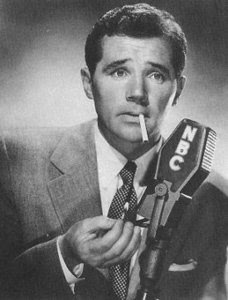 Radio detective dramas ofte n ne eded a "hook" in order to stand out in the crowded postwar marketplace. Shows of all types used some sort of gimmick to attract listeners. The real trick was to hold enough listeners to get the program renewed for the next season. Yours Truly, Johnny Dollar held listeners until the end of the golden age of radio era. Few detective radio programs had as many gimmicks as Yours Truly, Johnny Dollar . Being smart-mouthed, independent, and tough had appeal for an audience filled with veterans adjusting to work-a-day civilian life, and tough, smart-mouthed, independent detectives filled the airwaves. A popularly gimmick was the method a detective would find his cases. In Box 13 , Dan Holiday, played by Alan Ladd , had a decidedly generalized Want Ad that brought him interesting clients. Frank Sinatra as Rocky Fortune found cases when he went out on temporary employment. There would be no lack of jobs for Johnny Dollar a
Post a Comment
Read more
More posts