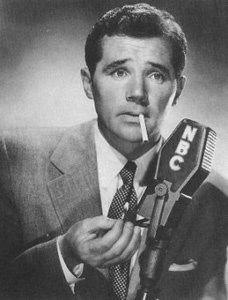 Radio detective dramas often needed a "hook" in order to stand out in the crowded postwar marketplace. Shows of all types used some sort of gimmick to attract listeners. The real trick was to hold enough listeners to get the program renewed for the next season. Yours Truly, Johnny Dollar held listeners until the end of the golden age of radio era.

Few detective radio programs had as many gimmicks as Yours Truly, Johnny Dollar. Being smart-mouthed, independent, and tough had appeal for an audience filled with veterans adjusting to work-a-day civilian life, and tough, smart-mouthed, independent detectives filled the airwaves. A popularly gimmick was the method a detective would find his cases. In Box 13, Dan Holiday, played by Alan Ladd, had a decidedly generalized Want Ad that brought him interesting clients. Frank Sinatra as Rocky Fortune found cases when he went out on temporary employment. There would be no lack of jobs for Johnny Dollar as an investigator for the Insurance industry. Johnny's biggest gimmick was relating his stories as reports of his expense account to the companies hiring him. Johnny filled out his "Action Packed Expense Account" appealed to veterans moving from regimented military life to the often more restrictive corporate world. (There was always a way to add entertaining a pretty girl to the expense account.)

Another benefit for working for the insurance companies was that Johnny Dollar's cases could, and often did, take him around the world. This meant that one week the audience might be with Johnny in a Colorado mining town one week a hidden alley in Hong Kong the next, and swanky New Orleans following that.

Like most fictional private eyes, Johnny Dollar had a well developed personal sense of right and wrong, but "right" usually aligned itself with the interests of his insurance company clients. Not that he ever had a problem working in as many creative elements as he could into the expense account. Nothing was too small for the account, including a nickel for aspirin or the two cents that Johnny felt like if he followed a wrong lead. (One gimmick that quickly fell by the wayside was Johnny Dollar's habit of tossing silver dollars as a tip to busboys, even the Insurance Companies would accept that one.) Yours Truly Johnny Dollar had an 14 year run, incredible for a detective program. The basic premise remained the same throughout the run, although writers and actors changed through the years. One of the "best Johnny Dollars" was Bob Bailey from 1955 through 1960. At the beginning of Bailey's tenure, radio serial veteran Jack Johnstone produced and directed the program. Johnstone previously worked on serials like The Adventures of Superman and Buck Rogers in the 25th Century, and he drew upon his experience with serials by changing Johnny Dollar from a weekly half-hour program to a transcribed daily 15 minute program. Although these would seem to be shorter programs, the 15 minute format allowed for weeklong story arcs. Writers now had 75 minutes of storytelling time to work with, and the result was some of the best drama from the Golden Age.


YTJD aired for the last time on September 30, 1962, just after the final episode of Suspense. This was the last broadcast of the Golden Age Of Radio.
Box 13 Frank Sinatra Johnny Dollar radio detective Rockky Fortune