Showing posts with the label howard hughes hearings
Show all 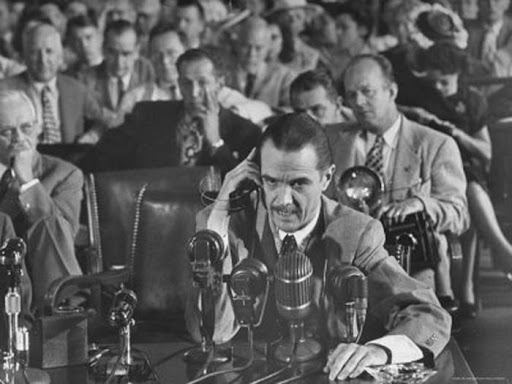 Howard Hughes was summoned to Washington D.C. in 1947 to be raked over the coals but turned the tables on the committee,  giving better than he got! In 1947, Howard Hughes was summoned before the senate to testify about the government contracts Hughes Aircraft and Electronics won during World War II. ABC recorded the hearings and provided a 25 minute synopsis with commentary and descriptions when required. The hearings were often contentious between Hughes and the committee especially between Hughes and Senator Ralph Brewster. Before the hearings started, Hughes mounted a giant publicity campaign lambasting the hearings and, specifically, Brewster. He charged that the senate was protecting Pan American World Airways (Pan Am) against Hughes' Trans World Airlines (TWA). Hughes said that Brewster even suggested merging TWA and Pan Am. The Hughes Hearings were an exercise in how to take on a bunch of senators and win. Hughes believed that the hearings were intended to d
Post a Comment
Read more
More posts