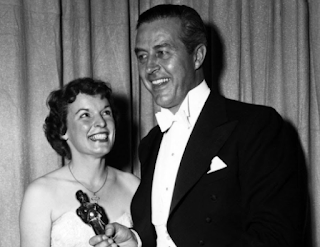 "The world's greatest living radio actress.” That is how none other than Orson Welles described radio legend Mercedes McCambridge. The renowned actress earned this high praise by starring in such popular radio shows as The Guiding Light, Pretty Kitty Kelly and Big Sister. Her cross-over success in film and television came from her roles in All the King’s Men, A Farewell to Arms, Bonanza, Bewitched, Charlie’s Angels and a voiceover in The Exorcist. Over the course of her career, she would share the screen with Joan Crawford, Orson Welles, and twice with Elizabeth Taylor. For her work in All the King’s Men, her very first feature film, Ms. McCambridge won an Oscar for Best Supporting Actress.

Acting seemed to be Ms. McCambridge’s destiny from early on. Born Carlotta Mercedes McCambridge in Joliet, Illionis in 1916, she attended Mundelein College on a drama scholarship. Her sophomore year, Mercedes performed in the Verse Speaking Choir, a group of sixteen women who would recite poetry in unison. It often fell to Mercedes to be a solo voice and one night her performance was witnessed by Sid Strotz, a vice president with NBC in Chicago. She was instantly singled out for a five-year radio contract. It would be the start of a career that would span nearly seventy years. 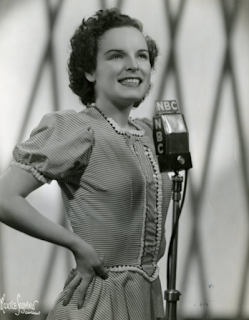 Immediately, she was assigned parts in Dan Harding’s Wife and Timothy Makepeace.
Her first truly notable role, however, was as Mary Rutledge on NBC’s The Guiding Light. Still in her teens, Ms. McCambridge played the part so convincingly, she would regularly receive fan mail addressed to the character.

Ms. McCambridge would go on to star in more prominent productions, like I Love a Mystery, Lights Out and Inner Sanctum. Though these were all darker programs, Ms. McCambridge’s versatility would secure her parts in more conventional shows such as Everything for the Boys, The Great Gildersleeve and Defense Attorney. Over the years, Mercedes would have roles in productions created by everyone from Orson Welles and Carlton E. Morse to Arch Oboler and working Himan Brown on the Radio Mystery Theater.

Despite her beauty on screen, Ms. McCambridge gained notoriety by parlaying her strong, raspy voice into parts that portrayed women who had seen a hard life. In All the King’s Men, she played a hardened campaign assistant, Sadie Marsh, in love with her married, politician-boss. As Emma Small, she would play a bitter, antagonistic rival opposite Joan Crawford in Johnny Guitar.

She often spoke frankly, once remarking on the roles she often played, “I studied Shakespeare and the classics, and I end up shooting Joan Crawford and killing a horse that Elizabeth Taylor was in love with. I'm serious. I played the worst harridans, the most hard-bitten women, the absolute heavies, and it just about did me in.” 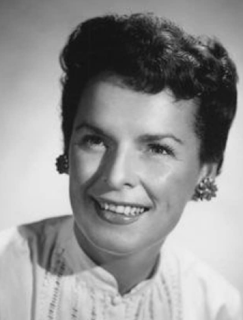 To many unfamiliar with her resume of incredible work, Ms. McCambridge’s voice may still draw instant chills for its part in 1973’s The Exorcist (a role Orson Welles pushed for her to get). When Linda Blair’s character was being possessed, Mercedes’s voice would take over. “I used to be scared of ghost stories when I was growing up,” she said in an interview about the movie, “but most of it was phony. I wasn’t really afraid. But I enjoyed the drama of being afraid and I think a lot of people reacted that way to The Exorcist. I really do. ‘Oh my god, it was so terrible.’ No it wasn’t. Finish your popcorn.” Despite her iconic contribution, the Screen Actors Guild would need to intercede on Ms. McCambridge’s behalf in order to secure her recognition in the film’s credits.

Despite her critical and commercial success as an actress on the screen, Mercedes would return to radio often. In a 1976 interview with radio Historian Chuck Shaden, she would say of the medium, “It’s the best. It truly is the best,”

She passed away March 2, 2004. Her contributions to theater are still recognized today with two stars on the Hollywood Walk of Fame.