Some how, London of the late 1880s manages to become even more creepy coming to us from the speakers of our radio. 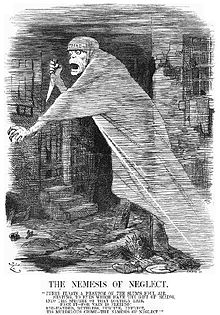 This is the London of foggy nights and shady dealings and fast talking. The London where a bloke in the wrong part of town after dark could get his head thumped and his purse pinched quicker than you can say "Bob's your Uncle"! It is also the London that is terrorized by Jack The Ripper.

The case of Jack The Ripper, also known as the Whitechapel Murders, is perhaps the most infamous of unsolved crimes. By the late 1800s modern police departments, including Scotland Yard, had adopted scientific investigation as an important part of their procedures. Despite this, there is very little that is definite about Jack the Ripper, including the number of his victims. The poverty of the Whitechapel district at the time made it a hotbed of crime, so there were murders that could have been the hidden work of the Ripper, while some which he is credited with show signs that they could have been 'copycat' crimes. Even the name "Jack the Ripper" came from a letter, supposedly from the murderer, which was later shown to be a hoax...