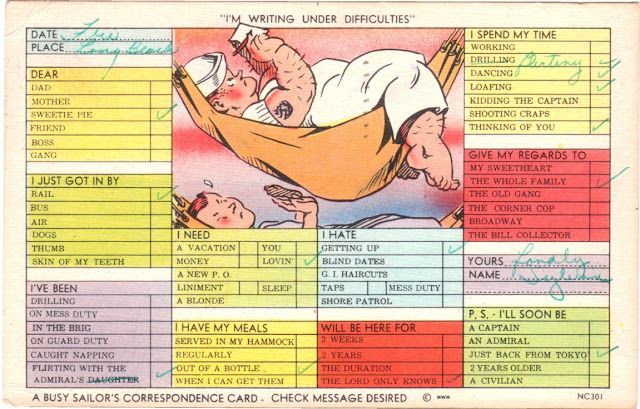 While listening to Mail Call the other day I got to thinking about the real Mail Call. When I entered the service, mail call was still a big deal; we would all live for our letters from home. When the mail bags came on board, if we weren't working or on watch we would haunt the passageway until "Stamps", the under-appreciated Postal Clerk, could get the letters and packages sorted. 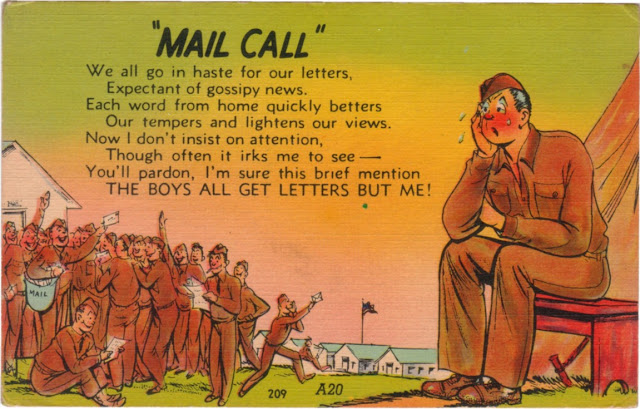 By the time I left the Service, emails and satellite phones had begun be the most important means of keeping in touch with the folks back home. Although these were immediate means of communication, electronics can not replace a letter that your sweetheart has taken the time to write and held in her hand.
Finding time to write has always been a problem for the serviceman. That is part of why the picture postcard was so great for G.I.s. The picture of cartoon on the front of the card would help to frame the message that he was trying to send home, which he didn't have the time to express. True, the message written on the back of the card would be open for all to read, but letters had to be opened anyway so the censor could check them.
We have collected a few images of cartoon postcards that the G.I.s may have been able to pick up in the PX when they had some down time. It is easy to imagine a lonely guy pulling one from his pocket and scribbling a few thoughts to Mom or his Girl Back Home while his buddies are laughing and listening to an AFRS broadcast of Command Performance or G.I. Journal. Hearing those Hollywood stars was great fun, especially knowing that they were giving these performances for free to help you guys on the front lines laugh for a few minutes. But it would never be as good as the letter from your Sweetheart that you keep in the pocket closest to your heart... 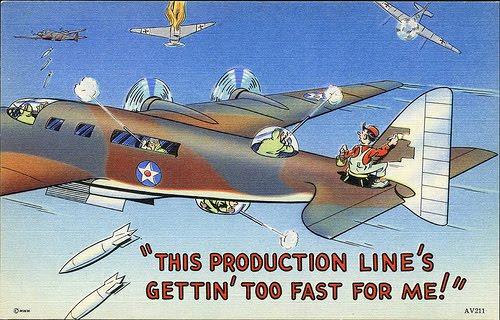 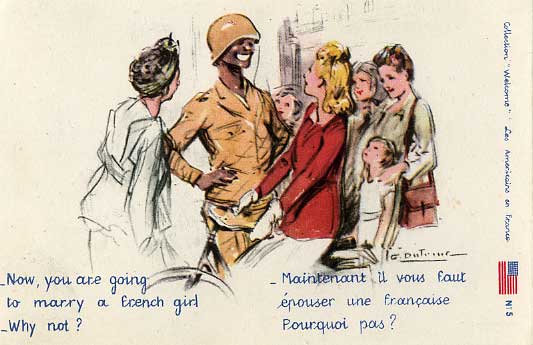 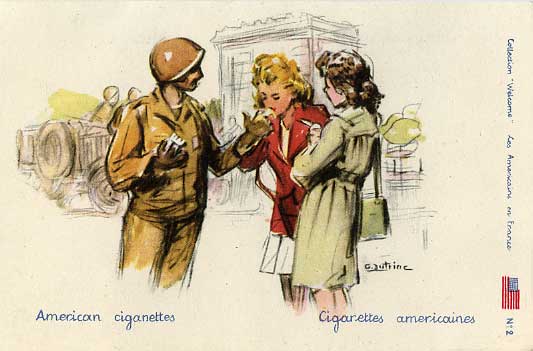 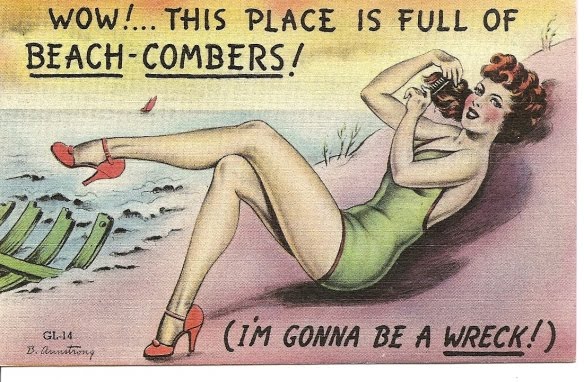 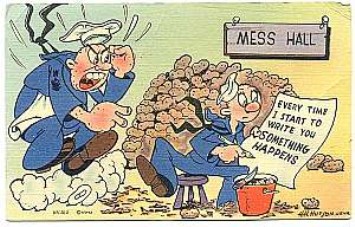