Bogey of the Bs, Radio's Tough Guy: A Look at Gerald Mohr

Posted by Jon on January 01, 2023
There were plenty of actors who could play a convincing tough guy, but the guy audiences wanted to see, and whom producers wanted to put on the screen was Humphrey Bogart. Even for productions that could afford him, there was only so much Bogey to go around. So, there was always work for an actor who could play a convincing “thoughtful tough guy”. There could only be one Bogey, of course, and despite the many comparison's which call Gerald Mohr “the Bogey of the Bs”, Mohr was arguably the more convincing thoughtful tough guy. 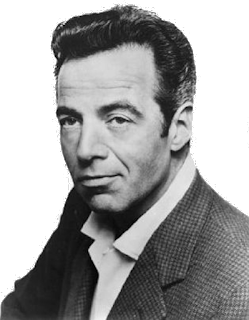 Mohr certainly had the intellectual chops for the job. He was raised by his mother and maternal grandfather (his father had been killed in an elevator accident). The old man was a noted psychologist and an associate of Sigmund Freud, and encouraged the boys intellectual pursuits, enrolling young Gerald in the Dwight Preparatory School. Here Gerald learned to play the piano, ride horses and speak German and French. He enrolled in pre-med courses at Columbia University, but was hospitalized for appendicitis. One of the other patients on the ward, CBS radio announcer Andre Baruch, convinced young Mohr to audition for radio work.

Gerald's pleasant baritone and good diction landed him a job as staff correspondent for three years while continuing his studies at Columbia. However, his radio work caught the attention of Orson Welles, who recruited Mohr to join his Mercury Theatre Group. This exposure to the acting life was enough to move Mohr away from medicine for good. In 1935 he landed a small role in the play The Petrified Forest, which starred Humphrey Bogart. After The Petrified Forest closed on Broadway, both Mohr and Bogey made their way to Hollywood. Bogey's career would take of after the film version of Forest, while while Mohr would find roles in an unending series of Grade B projects like The Monster and the Girl (where the hero escapes the mob by having his brain transplanted into a gorilla) and as Slick Latimer, the bad guy in the Jungle Girl serial.

Like many living just outside of the limelight in Hollywood, Mohr turned to radio to help make ends meet, but for Mohr is seemed his true calling. Before joining the Army Air Corp he appeared in classics like Dr. Fu Manchu, Front Page Drama, Dr. Christian and had several second tier roles on Lux Radio Theater. His friend Orson Welles used him several times on his Hello Americans pre-War salute to our South American neighbors.

After returning from the War, Mohr took over the lead in the Lone Wolf film series. Of the 17 sound Lone Wolf pictures, the three Mohr starred in drew criticism because he apparently played the jewel thief turned private eye for laughs. Mohr's friend Orson Welles also helped him win a small part in the sexually charged Gilda (1946), which starred Welles' wife, Rita Hayworth.

In the radio industry Mohr developed a reputation as “The Iron Duke”, partly because of his aristocratic good looks but mostly for his hard work and the steely accuracy with which he gave his lines. Mohr was an actor you could truly “see” on radio. 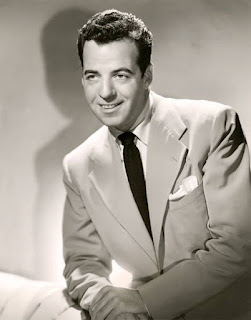 The post War years on radio was the time when the Hard Boiled Detective came into his own, and it was a natural that Mohr would find a role as the greatest of them all, Philip Marlowe. Where other radio gumshoes were played with a gimmick or leaned heavily on the wisecracks, The Adventures of Philip Marlowe character stayed true to creator Raymond Chandler's books. When the show premiered, Mohr was selected as the Most Popular Actor on radio by Radio and Television magazine.

Mohr also made hard-boiled appearances on Suspense, Escape, The Whistler, Rogues Gallery,and Let George Do It. He was Nero Wolfe's sidekick, Archie Goodwin, and starred in Yours Truly, Johnny Dollar for a time. Hard Boiled work was far from his only talent, Mohr surprised a lot of people with his work in Eve Arden's Our Miss Brooks as a bumbling but cute French teacher, Mr. Monet.

Mohr's ability to portray both menace and understated comedy was the right combination for early TV westerns, and he appeared as the guest bad guy in several, including gunfighter Doc Holliday on Maverick. He was making plans to develop a TV spy series to be shot in Sweden when he died of a sudden heart attack in 1968. He was just 54.

Gerald Mohr was no Bogey, in many ways he was more than Bogey ever could be. While he never quite made it to the big time, he was always a very happy man.