Lurene Tuttle and AFRA: There Once Was a Union Maid 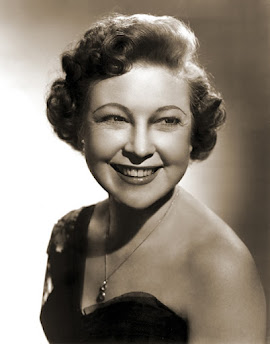 Lurene Tuttle worked on so many shows that she was called "the most heard woman in America", and she also helped to organize the union which allowed radio actors to make a living wage.

The American labor movement rose in the closing decades of the nineteenth century and gained traction in the first two of the twentieth. Although collective bargaining and the other tools of the movement would lead to the high standard of living workers expect and deserve today, the Socialist elements of these tactics gave rise to the First Red Scare in the aftermath of the Great War and the Russian Revolution. The first Scare made 'Communist' an obscenity in the American vernacular, leading almost inevitably to McCarthyism and the Hollywood Blacklist. The specter of Communism overshadows what the labor movement truly was – not workers trying to overthrow the industries and bosses they were working for but demanding workplace dignity, safety, and a living wage in exchange for the work they did. 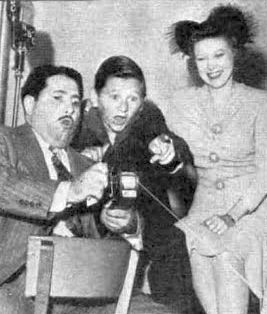 One would hardly expect a sweet, young, transplant from the midwest to become the face of Labor in Hollywood, but that is exactly what happened to Lurene Tuttle, "the first lady of Radio". Lurene was born into a showbiz family in Pleasant Lake, Indiana, 1907. Her grandfather owned an opera house and her father had been a vaudevillian and blackface minstrel show performer. When minstrelsy fell out of favor, he found a job as a railway ticket agent, which took the family West to Glendale, Arizona. While many girls might have simply dried up in the Arizona desert, Lurene came into contact with Mrs. Dwight Easley, a drama coach who "made me aware of life as it really is--by making me study life in real situations." It was a lesson that impacted her technique for the rest of her career and one she would later pass to her own students.

When Lurene was 15, her father's job took the family further West to Monrovia, California, in the foothills of Eastern Los Angeles County. Even though she was "the new girl", she won the lead role in the high school play and attracted the attention of Gilmore Brown, founder of the Pasadena Playhouse. Although we think of Hollywood primarily as the capital of the film and TV industry, in the early years these were supported by an active live theater community, and the Pasadena Playhouse was an important training ground for actors. Tuttle had undergone the equivalent of a graduate-level training program at the Playhouse by the time she was 20. 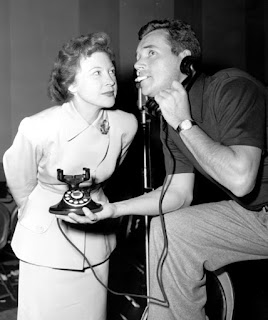 There was a good deal of competition in the stage and film communities, but radio was just beginning to take off when Lurene wandered into the studios of Don Lee's KHJ where station manager Lindsay MacHarrie was assembling an impressive troupe of dedicated and versatile radio actors. Many dismiss radio acting as "merely" voice acting, reading lines from a script, but MacHarrie, who would go on to produce Calling All Cars, The Cinnamon Bear, The Rudy Vallee Hour, Mayor of the Town, and several others, taught Lurene that radio acting is still acting, and the production, sponsors, and audience deserve the actor's very best. This is another lesson she would later pass on to her own students. One of Lurene's most valued role was as a "disappointment player" when another actress had to back out at the last minute, Lurene could pick up the script and play the part as though it was written for her.

While Lurene was building her strong reputation in West Coast radio, "Radio Row" communities were also springing up in New York, where the network main offices were located, and in Chicago which was becoming the industry's "Soap Opera Capitol". Commercial radio was proving to be incredibly profitable for the networks and the advertising agencies which produced the shows. The technical people in the studios would have enjoyed union representation with the various trade unions they worked under. Stars were the big names that brought in listeners so they were treated and compensated, well, like Stars. The regular players, however, were often treated like mere meat, uncredited and replaceable. 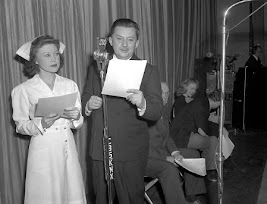 The National Labor Relations Act of 1935 gave private sector workers the right to organize into labor unions (and to strike if necessary) and a group of Los Angeles based radio players banded together to form the Radio Actors Guild. In New York, Broadway actor and radio personality sought protection for radio actors under the umbrella of the Actors Equity Association, eventually forming Radio Equity as part of the larger union. In 1936, Lurene was hired for one of the most glamorous shows on the air, Hollywood Hotel starring Dick Powell as the master of ceremonies and featuring columnist Louella Parsons. Sponsor Campbells Soup was paying Powell and especially Parsons big money for each episode (contrary to some reports, the sponsor only paid the guests a case of soup for their appearances, Louella's column was so powerful that she could convince major stars to appear on the show to plug their latest projects), but the supporting actors were paid essentially peanuts. Announcer Frank Nelson began a long and arduous negotiation to get himself and Lurene a raise to $35/week. 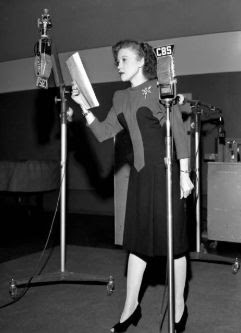 The long negotiations eventually resulted in the formation of the American Federation of Radio Artists. Although they were relatively small-fry in the radio industry, Lurene and Frank had been in the business long enough to have the friendship and support of folks like Bing Crosby, Jack Benny, Edgar Bergen, and Eddie Cantor. When AFRA was formed on August 16, 1937, Cantor was listed as national president, and very quickly soap opera actors in Chicago and Radio Equity was folded into AFRA. By December, there were more than 2,000 members. In 1952, small screen actors were invited to join what became the American Federation of Television and Radio Artists, and in 2012 members of AFTRA and the Screen Actors Guild voted to merge as SAG/AFTRA.

Lurene Tuttle served as the first female president of AFRA's Hollywood Local. In addition to Hollywood Hotel, she was the first actress to play niece Marjory Forrester on The Great Gildersleeve (Marjory was no brainless bobbysoxer, Tuttle was in her thirties when the show premiered), played the mother of "the mean widdle kid" on The Red Skelton Show, played secretary Effie Perrine (and most of the other female roles) on The Adventures of Sam Spade, and was a regular player on Dragnet, Lux Radio Theatre, Screen Guild Theatre, Suspense, and others. Lurene always insisted that radio acting was still acting. On The Whistler episode "The Sisters" with Rosalind Russell she played both the good and evil twins and used a separate microphone for each to stay in character.

Lurene Tuttle passed away at Encino Hospital on May 28, 1986, from cancer, she was 78. Two Stars on the Hollywood Walk of Fame were dedicated in 1960 to honor Lurene Tuttle, one at 7011 Hollywood Blvd for Television, and the other at 1760 Vine St for her work in Radio.