It seems as though every other radio program in the 1940's was a hard-boiled detective story. The genre was actually a very good fit for commercial radio. At first glance, all the hard-boiled detectives would seem to be "trying to be different the same way", however, there was more variety within the genre than would be expected. 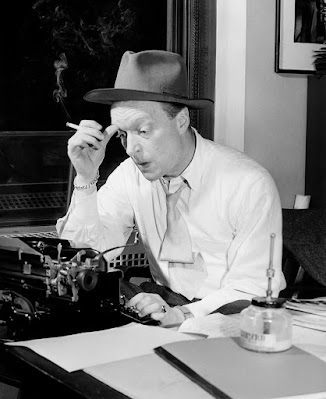 The detective format was as informally formalized as the matinee Western. Nonetheless, the genre allowed for a good deal of variety. In the case of Casey, Crime Photographer, the hard-boiled detective wasn't even a detective, he was a newspaperman in the best tradition of Walter Winchell with an appetite for presenting his readers with enough juicy tidbits to bring them back for the next edition. The real-life Winchell was as well known for his reporting style as he was for the actual stories he reported, and Casey would follow this example.

One aspect of the Crime Photographer situation that was confusing was Casey's status as a photographer. Having a newspaperman as an investigator and crime-solver is not unexpected, but usually, the reporter does the investigating. Casey did work with a regular reporter, the pretty Ann Williams, who also took on the role of "girl Friday" and sometime romantic interest for the hero, a spot filled by a secretary or girlfriend in most other hard-boiled situations. Being the reporter meant that Ann was always closer to the action than the typical "girl Friday", which put extra pressure on both her and Casey.

By the War-years, Prohibition was far enough removed that few objected to Casey and Ann dealing with that pressure by imbibing in their favorite spirits at their regular watering hole, a club called the Blue Note. Having a bar as "headquarters" was actually a bold step for a crime drama, many listeners would associate a drinking establishment with the commission of crimes rather than solving them, but The Blue Note was nearly as family-friendly as Duffy's Tavern. The drink was too strong, and the air too filled with stale cigarette smoke for kids to be allowed in, but quiet wisdom and support dispensed by Ethelbert the bartender was just what Casey and Ann needed to get the dope on a tough story. The real attraction of the Blue Note was the music which could set the mood for the entire show. 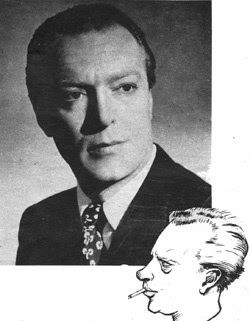 Another area where the Crime Photographer stepped away from the Hard-boiled norms was his relations with the cops. Professional policemen had good reason to resent Private Eyes taking the crime-solving spotlight, and in most of the hard-boiled world, the cops would range from antagonistic to downright incompetent. As the go-betweens for the police and the news-reading public, Ann and Casey needed to keep friendly with the cops or they would never get their story, let alone be allowed close enough to the crime scene to snap pictures. However, this was radio and the case would always depend upon a juicy tidbit which Casey was the only one to notice.

Casey remained on the air on CBS for more than a decade, albeit with a changing cast and title. The show was called Flashgun Casey, Casey Press Photographer, Crime Photographer, and Casey, Crime Photographer at different times. The leading shutterbug was played on the radio by Jim Backus, Matt Crowley, and Staats Cosworth. The program went off the air for a year in 1951-52 while a TV version appeared, but returned to radio for the 1954 season.