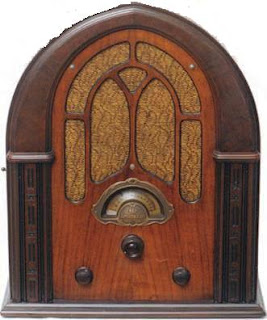 It is quite difficult to say these days of wireless internet and cable TV what we have and did before technological advancements came over. What we did after preparing, eating, and putting away dinner; what we did after all house chores were finished... Well, at present, we rarely see family that eat dinner together, more so sit down and do stuff together. That wasn’t always the case, though. Because once, there was radio!

The so-called Golden Age of Radio had its beginnings way back during the First World War, when United States President Woodrow Wilson utilized radio to send message to the people of America. Then, the period is said to have come to its end on September 20, 1962, when radio programs Yours Truly, Johnny Dollar and Suspense went on-air for the last time on CBS. There may be resurgence of interest in radio when the CBS Radio Mystery Theater aired in the 1970s, but this was not, in any way, comparable to the six decades of suspense, laughter, and drama that took place during the Golden Age of Radio.

Just like in books, movies, and music, what makes a radio program good or acceptable depends on the opinions of the listeners, which for the most part is subjective. Some may find that, even after 40 or 50 years, there hasn’t been anything as funny as Bob Hope and Jack Benny’s comedy. Some may say that the works of Orson Welles and Howard Koch were far more terrifying than those of Cilla Black, Clive Barker, and Stephen King. And one could argue that with the exception of Gale Gordon, no other Flash Gordon could be worthy of fighting the Emperor Ming.

Some of the best, and greatest, American radio series that you probably have heard of include:
But of course, these are just a few of the many shows that were broadcast in the United States during the Golden Age of Radio.


The BBC
While it is true that most of the shows aired during the Golden Age of Radio were American, it can’t be denied that BBC, a radio network based on Great Britain, also produced high-quality radio programs. Britain also had its Golden Age of British Radio, which started after the Second World War (in the mid-1940s) and lasted up to the mid-1960s. The entire nation was delighted with the presentation of radio shows such as:
When America’s golden age ended, BBC just went on, despite being under a new guise through the airwaves’ expansion to numbered stations that we know today, with The World Service and Radio 4 providing most of the British Radio Theater output.

In the past two decades or so, much of today’s culture was influenced by the radio. Many, except probably for those who are reading this, won’t realize that HitchHiker’s Guide to the Galaxy would have not existed if there was no BBC. Red Dwarf would also have not began if it weren’t for the radio. Other radio shows that went on to have their television adaptations were:

At present, only few radio shows are produced, except for those that regularly air music. The final bastions of radio theatre originated from BBC. The network also has just launched Radio 7, a digital radio channel that offers nothing but some radio comedy drama.

In the United States, the NPR, which stands for National Public Radio, serves as a counterpart to BBC. It airs re-runs of old time radio shows, and sometimes release new drama series, like the adaptation of the popular Star Wars trilogy for instance. There are other radio civilizations existing out there, more particularly those in Australia, Canada (the CBC), and South Africa.

Be it new radio or old radio, it doesn’t really matter. What’s really important is giving your eyes a break and allowing your third eye to work and do the thinking for sometime.
Amos and Andy Fibber McGee and Molly Philip Marlowe Sam Spade Sherlock Holmes Superman Tarzan The Great Gildersleeve The Lone Ranger The Saint